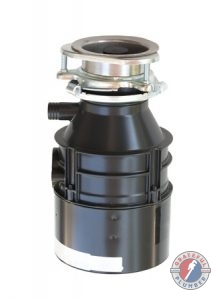 Don’t Abuse This Great Home Appliance With Improper Use

Garbage disposals are great household appliances. They make our lives a lot easier, especially when we are in charge of the kitchen and meal preparation. Because of its ease of use, many homeowners tend to abuse it by putting the wrong kinds of foods down the disposal. In this case, you may require garbage disposal repair from Grateful Plumber. Here is what not to put down a garbage disposal

You would think this one would be fairly obvious, but you’d be surprised the amount of people that attempt to throw chicken bones in their disposals. Sometimes this is a case of young children improperly discarding their finished food. In other cases, it is just ignorance about the way that disposals work. Bones should not be limited to chicken either. Any type of bone will cause damage to your disposal.

You wake up in the morning and make 2 scrambled eggs with some toast and butter. You might not think much of throwing the cracked egg shells into the disposal, but you should. Egg shells can damage the sides of the disposal, and even be tied around the shredder. It is important to note that egg shells will not automatically damage your disposal in the way bones will. But you should still try to avoid it.

Have you ever tried cutting through a fruit pit with a kitchen knife? We wouldn’t advise trying that but you can imagine that it would be quite difficult. The same will be true of your disposal blades. They won’t be able to cut through the pits without suffering damage. With that said, we’ve all thrown things down the disposal accidentally. So for garbage disposal repair in Indianapolis, IN, call 317-677-4918 today!